Find the right car rental for you at Bangkok Airport 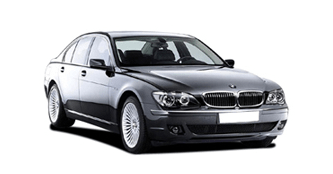 from $4 per day
rental period of 29 days

from $20 per day
rental period of 2 days

Suvarnabhumi International Airport (Bangkok Airport) is the main airport for Bangkok, supplanting the world’s oldest international airport, Don Mueang International Airport, and even though the airport was opened in 2006, it already accommodates an average of 50 million passengers each year, making it the busiest airport in Thailand, the sixth busiest in Asia and the thirteenth busiest in the world. HAPPYCAR offers various attractive options for a Bangkok Airport car hire so that wherever you decide to go, your stay in Thailand is stress-free from day one. We check the prices of international and local providers so that you don’t have to check each website to provide you with the best deals on a car hire to make your money go further on a rental car that fits your specific needs. You have the options of choosing car size, pick up location and type of insurance to ensure you get the best deal on a great car hire!

Plans for a second Bangkok Airport began in the 1960's, and construction officially began in 1997, but a number of delays plagued the project and commercial flights officially began operations in September 2006, more than a year over the estimated opening date. Don Mueang Airport was closed to allow Bangkok Airport to fully operate all domestic and international flights, but due to post-opening issues with the new airport, Don Mueang was re-opened on a voluntary basis, and 71 weekly domestic flights were re-transferred to Don Mueang in order to allow for repairs.

Bangkok Airport features the world’s tallest free-standing control tower and the world’s fourth largest single-building airport terminal. The airport features two parallel runways which can accommodate the largest commercial planes available, and its single terminal has seven floors where over 80 international and domestic flights are conducted hourly. Inside the terminal are many amenities and facilities that befit such a large international hub, and some beautiful art that showcases some of Thailand’s diverse cultural offering.

The outstanding location of the airport, located just 30 kilometers east of Bangkok, means that you can immediately take advantage of the primary road network with a car rental Bangkok Airport and through into Thailand, a colorful and vibrant country that drips with history and culture and one of the best shopping centers in Asia. Bangkok is most certainly worth a few days to steep yourself in culture and enjoy the many shopping and eating opportunities on offer, and you can also easily access roads that lead into Thailand and all of the major cities such as Phuket and Chiang Mai, with a speed, convenience and personal freedom that public transportation just can’t beat. There is so much to see in this part of the world, and a car hire Bangkok Airport can make this journey a reality.